The Execution of Mr Nagaenthran by the Singapore Government 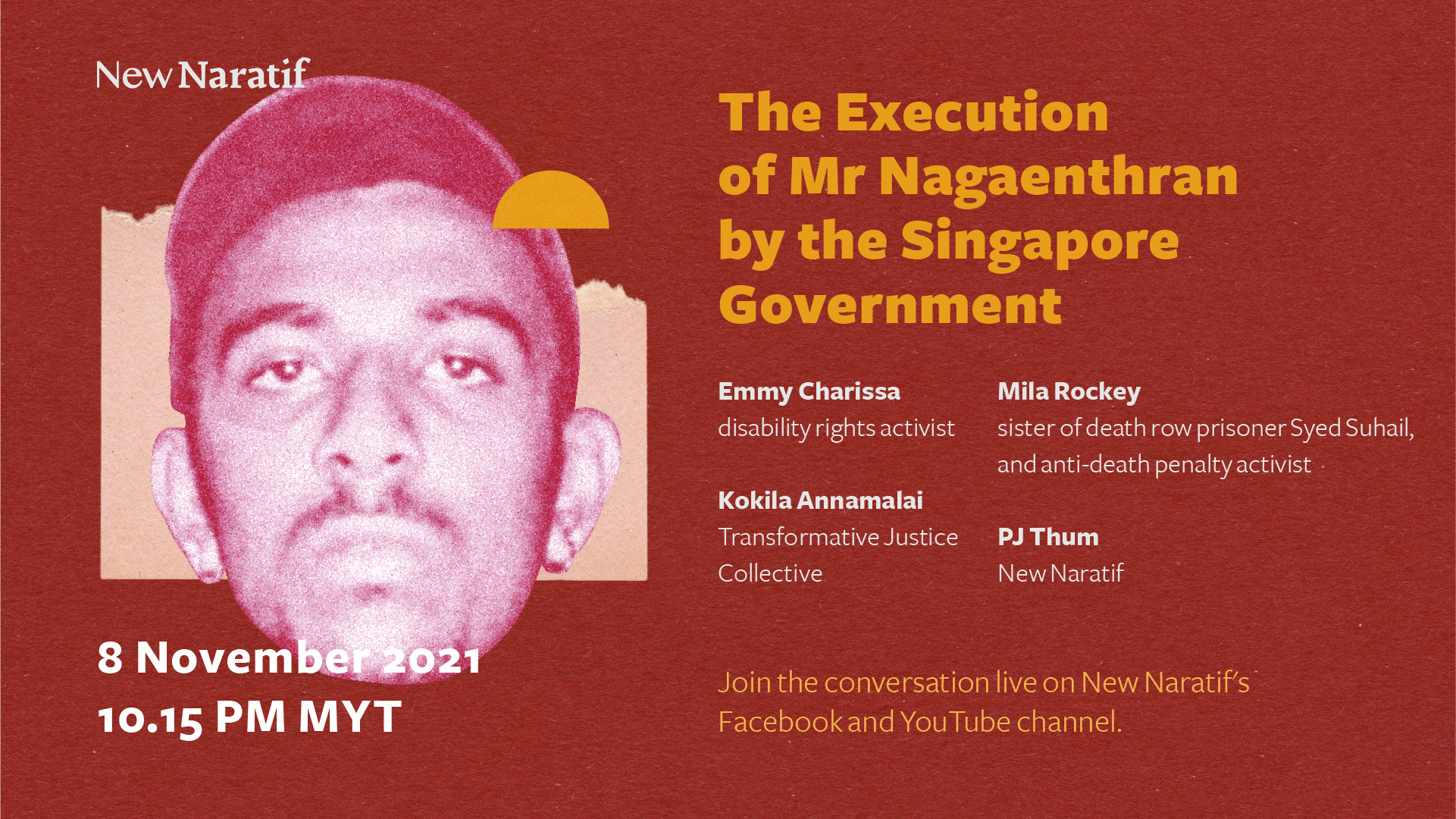 In defiance of its own laws and the UN Convention of Rights of Persons with Disabilities, the Singapore government intends to hang a man with borderline functioning intelligence on Wednesday 10 November for smuggling 42.72 grams of diamorphine.

Things you can do to help #SaveNagaenthran: