Over the past 20 years, the Gorontalo region on the island of Sulawesi has been hit by climate change. The start of the change was sparked by a crisis involving major existing rivers and the introduction of Daerah Aliran Sungai (DAS) or watersheds. These are essentially basins where rainfall collects and drains into an outlet like a river. According to the records of the Watershed and Forest Protection Management Agency (BPDAS-HL), of the 520 watersheds in Gorontalo, only 27 are currently functioning. The remainder are in a critical condition and have been damaged by local residents not maintaining the upstream wells. As a result, rivers in those areas experience droughts when the dry season arrives and turbid river water during the rainy season. 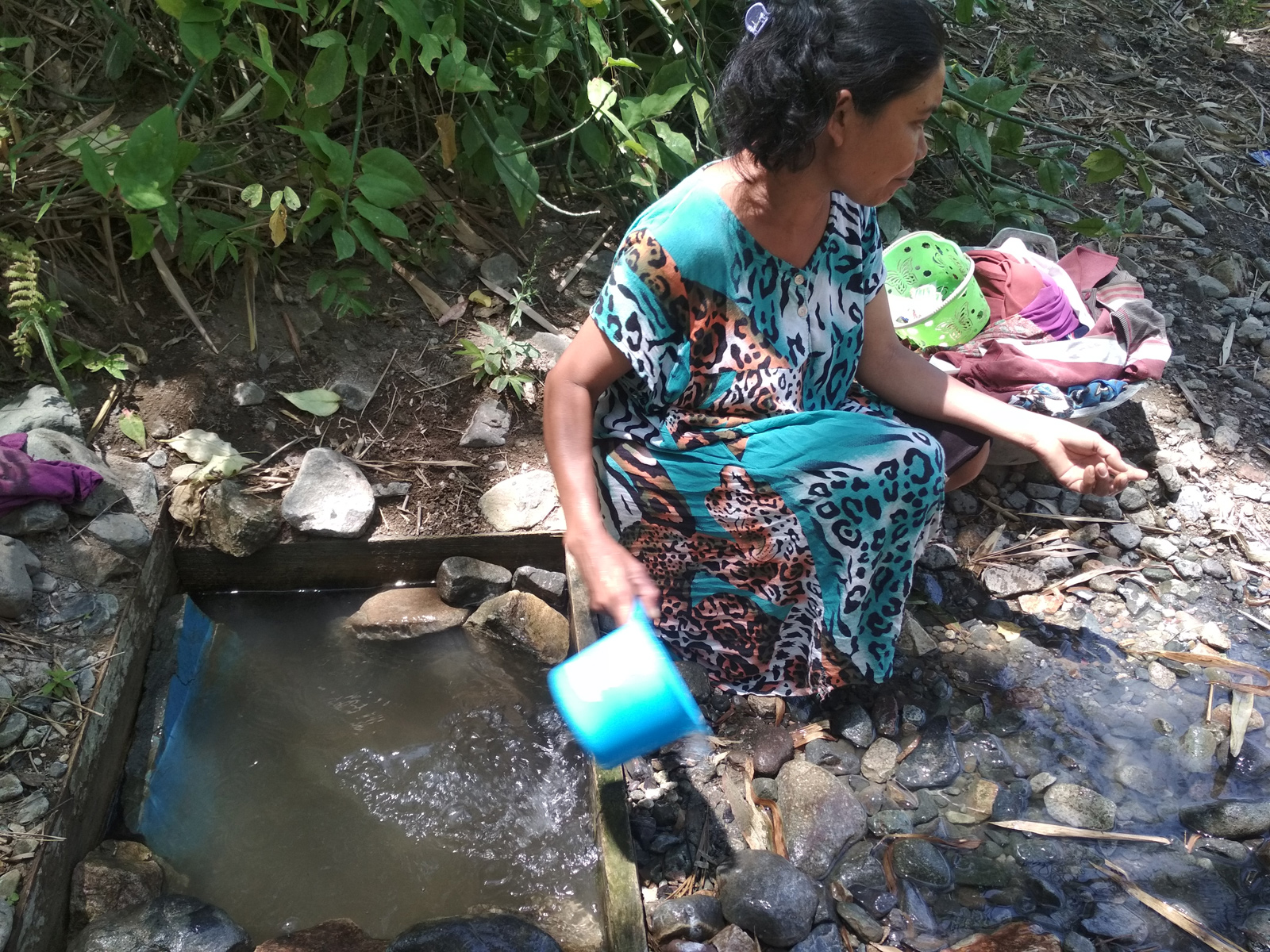 One example of the impact caused by the river crisis in Gorontalo is noticeable at Lake Limboto—a downstream area of ​​23 rivers spread across the province. In 1932, the lake covered ​​8,000 hectares and had a depth of up to 30 metres, but now both its size and depth have become increasingly alarming. According to the head of Bappeda or the Agency for Regional Development, Budianto Sidki, Limboto Lake currently has a depth of only 2.5 meters and an area of ​​2,537 hectares and it is projected that the lake will have dried up by 2025. Siltation (when the water becomes dirty due to the build up of mineral particles) in the lake is just one of the effects of climate change that is starting to be felt in Gorontalo.

In addition to siltation, the threat of seasonal change also continues to haunt the community. In 2015, Gorontalo residents experienced the effects of a prolonged drought and changes in the pattern of the rainy season caused failed harvests and difficulties accessing clean water as rivers began to dry up. A similar incident occurred in 2019. Prolonged drought and very little rainfall caused crops to fail and the community in Gorontalo had to bear the brunt of the clean water shortage. This phenomenon was caused by climate change which has haunted the citizens of Gorontalo and those in other parts of Indonesia. The lack of awareness about climate change and the failure by the community to protect nature, forests and sustainable living patterns exacerbates the climate change crisis experienced in the present day.

It is also not just a question of mountains and rivers, but about patterns and climate change that occur all over Gorontalo, including in the Pohuwato District where mangrove forests are being replaced by smallholder ponds. Mangrove forests are traded only to make a profit, without thought being given to the functions and uses of the mangroves themselves. If mangrove forests are maintained and not cleared, they can ward off climate change as they emit blue carbon which helps keep temperatures cool. Instead, mangrove forests continue to be eroded by ponds which are being set up in the interests of only a handful of people, disregarding ecology, socio-economics and sustainability.

But people in Gorontalo are fighting back, including the residents of Community Settlement Unit 3, who have implemented a sustainable plantation system. The residents realise how important it is to maintain upstream sustainability, and use a terraced garden system which grows local plants on land with a slope above 30 degrees. This terraced plantation system allows farmers to maintain and control nutrients in the soil and thus avoid landslides when heavy rains hit.

Pak Bunairi is one pioneer of the sustainable agriculture system based on a terraced garden model, and plants trees instead of the more traditional corn. The custom of Gorontalo residents to grow corn on a 30 degree slope causes soil nutrients to degrade, meaning that the land can only be used for three to four years but, if a terraced model is employed, the land can be used continuously and passed down to future generations.

Pak Bunairi has also become an example for the surrounding community who have begun to actively cultivate their gardens with a terrace system and refrain from burning the grass growing in their gardens. Now they process the grass into organic fertilisers instead of using chemical fertilisers or pesticides on their land.

The people of Torosiaje Serumpun in Pohuwato Regency are another example of how local residents in Gorontalo are taking more care of ecosystems and ecology. The indigenous Bajau people who live in this area are determined to protect the sea, which is their main source of income. Ten years ago, the people of Torosiaje Serumpun committed to planting mangroves to prevent climate change, the effects of which they had begun to notice when fishing, and which included changes in seasonal patterns, erratic weather and decreased fish catch sizes.

Umar Pasandre is a resident of Torosiaje who is directly involved in the management and planting of mangroves in the area, with the hope of turning it into a mangrove forest. This forest is intended to slow the rate of erosion, increase ecological diversity and relieve residents who cannot go to sea due to bad weather and allow them to fish directly in the area around the mangrove forest.

Torosiaje residents have also begun to realise how important mangroves are for daily life, and they also protect the community from natural disasters such as tsunamis. According to Umar Pasandre, mangroves have also traditionally been used as a shield against waves and pirates. The persistence of Umar and the people of Torosiaje in protecting the sea and its coast is now beginning to be felt, both by adding to the local economy and slowing the pace of climate change that continues to haunt the earth.

Climate change is a serious threat, but local communities in Gorontalo have started to model behaviour which maintains the preservation of their forests, protects their streams and rivers, implements a sustainable agricultural system, and does not consume the land and leave it unfit for the next generation.