It’s election day in Indonesia today, and New Naratif‘s Indonesian team are on the ground visiting polling stations and talking to people today. We have Aisyah Llewellyn in Medan in North Sumatra, Ian Morse in Gorontalo in Sulawesi, and Nita Roshita in Jakarta. This page will be continually updated, so keep checking in throughout the day!

Catch up on our coverage so far

If you haven’t read our election coverage, here’s your chance to catch up!

First up, this illustrated explainer will get you up to speed about how the election process works in Indonesia, who the presidential candidates are, and what the major issues have been.

We also took a look at the campaign rhetoric of both the Jokowi and Prabowo camps, and discussed the hot-button issues in a special podcast. We followed that up with another podcast special—but in Bahasa Indonesia this time.

The Ahmadiyya community say their future is uncertain no matter which way the election goes. (For background on the Ahmadiyya in Indonesia, we ran an explainer too.) The indigenous communities, too, have been ambivalent—they supported Jokowi last time but aren’t endorsing either candidate this election.

We then took a look at identity politics—more specifically, how Prabowo has tried to highlight his Minahasa connection in North Sulawesi. But will it work?

Heading to the polls

A day before the election, a polling station in Gorontalo is already looking pretty festive: 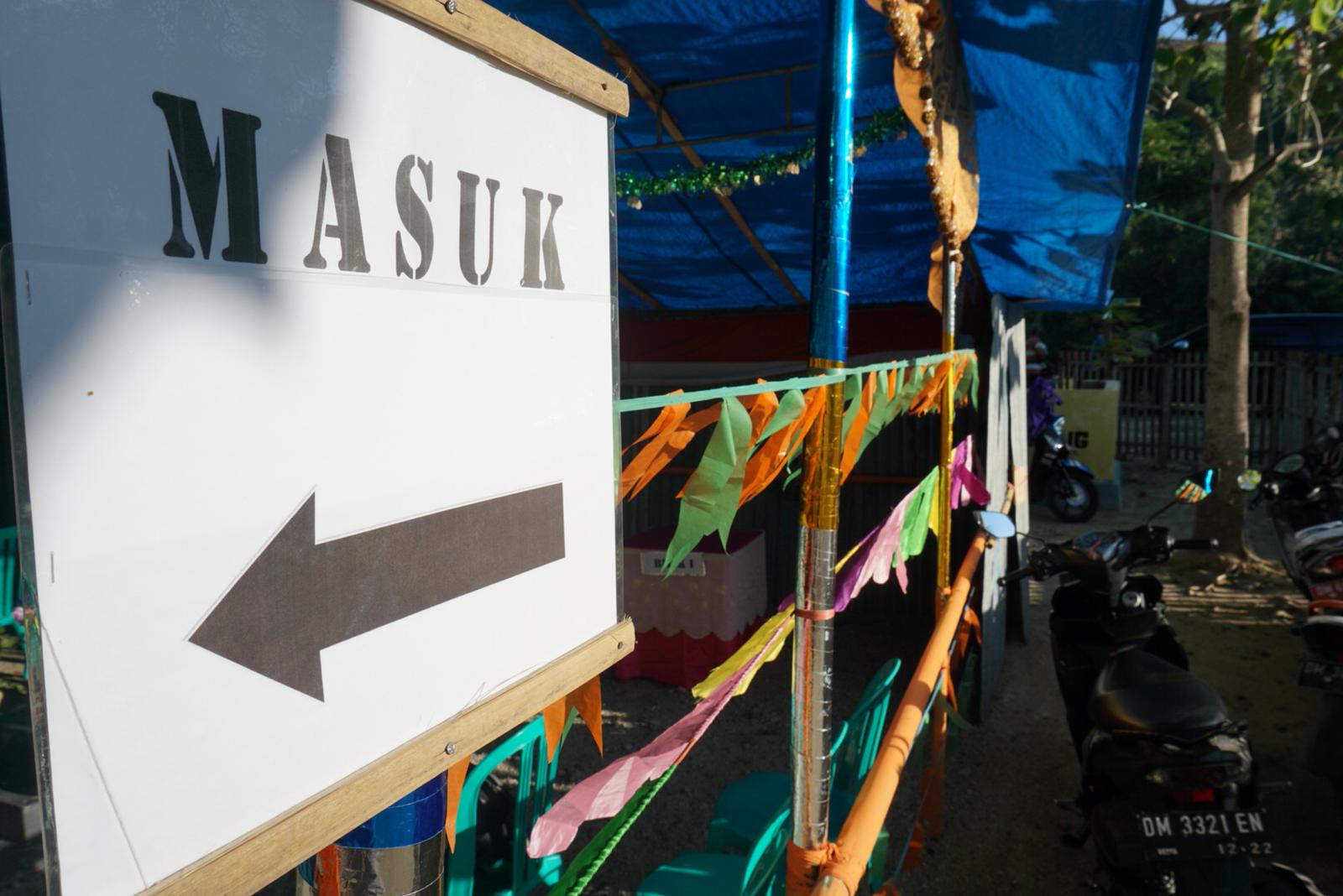 The polls are open from 7am to 1pm today. The numbers associated with this one-day election are pretty staggering:

And then Nita found middle-class Jakartans hanging out in the café, enjoying the discounts they get once they show their inked fingers.

In Medan, governor Edy Rahmayadi has arrived and voted, although he’s tight-lipped about who he’s voted for.

People are pretty determined to make their choice today. 80-year-old Samsanto can barely walk, but he still came out to vote.

Indonesians aren’t just voting for president and vice-president today: they’re also voting on multiple different levels. Ballot boxes are colour-coded, and each voter is presented with a ballot paper with many candidates from many different parties.

Exit polls will start coming out at 3pm:

We haven’t forgotten about art, by the way. Nibras headed out in Yogyakarta to sketch the election there.

As part of our election coverage, we’re allowed inside the grounds of Tanjung Gusta Women’s Prison on the outskirts of Medan.

A special polling station has been set up inside the prison to allow female inmates their right to vote.

The governor of North Sumatra, Edy Rahmayadi visits the prison to make sure that the voting process is going smoothly. On the left of the photo is the prison governor, Surta Duma Sihombing.

Female inmates, most of whom have been convicted of drugs offenses, show off their inked fingers.

Edy Rahmayadi is a huge hit at the prison, telling female inmates to complete their sentences with the best possible attitude—to great applause. He meets with and comforts inmates, some of whom have children with them.

An inmate comes to vote. Sihombing says that the female inmates are very enthusiastic about exercising their rights and are politically active in prison.

If you’re a Twitter fan, you can check out our thread.

Aisyah Llewellyn is a British freelance writer based in Medan, Indonesia, and New Naratif's Editor in Chief. She is a former diplomat and writes primarily about Indonesian politics, culture, travel and food. Reach her at aisyah.llewellyn@newnaratif.com.

Nita Roshita had 10 years’ experiences as a journalist with a world winning Radio News Agency KBR68H. She is South East Asia Press Alliance – SEAPA Fellow 2007 and a 2015/2016 Chevening Scholar. A blogger, an environmental activist and co-founded Kait Nusantara, a venture for woman empowerment and literacy.

Ian Morse is a journalist based in Gorontalo and covering eastern Indonesia and Kalimantan. He tweets @ianjmorse.

We believe in full transparency

Get all the latest updates from New Naratif. Newsletters go out every Thursday.