The idea of Singapore as a multi-racial and multi-religious utopia has been drummed into its citizens for decades, thanks to its history books and the countless less-than-subtle propaganda-tinged videos and ads.

The widely-accepted narrative for Singaporeans and the rest of the world is that of a nation built on meritocracy and a people who are colour-blind. But Singapore is hardly post-race, an unpleasant fact unearthed by this year’s presidential election.

Following a high-profile review led by Chief Justice Sundaresh Menon, amendments were made to the country’s elected presidency earlier this year. On top of more onerous qualifying criteria such as requiring candidates from the private sector to have been a senior executive managing a company with at least S$500 million in shareholders’ equity, the changes also introduced a “hiatus-triggered” model: if a particular race—out of the Chinese, Malay and Indian/Others racial groups—has not been represented as president for five terms, the next election will be restricted only to members of that race. Under these changes, the 2017 presidential election is reserved only for Malay candidates.

This Malay-only ruling for the elections has raised questions about the criteria that needs to be met to qualify as Malay, and thrown up for public discourse the controversial topic of racial identity in this multi-cultural country.

The Malay-only presidential election has also “exposed the highly-constructed nature of ‘race’ and racial identity, that are often taken for granted and not questioned in Singapore,” said Laavanya Kathiravelu, assistant professor in sociology at Nanyang Technological University.

“It affirms the primacy of race as a defining feature in our political landscape and encourages the citizenry to think in racial terms, rather than in more neutral ways about the leadership of our country.”

The Singapore government has long adhered to the CMIO (Chinese, Malay, Indian, Others) model, identifying these groups as the country’s main races. These broad groupings have always been problematic in their failure to reflect the complexity of real life, but this recent change to the presidential election system has placed this penchant for racial categorisation under extra scrutiny.

Although race is often discussed in the context of a social issue, the political implications of race continue to manifest in daily life, particularly since it’s often a factor in official policy-making. 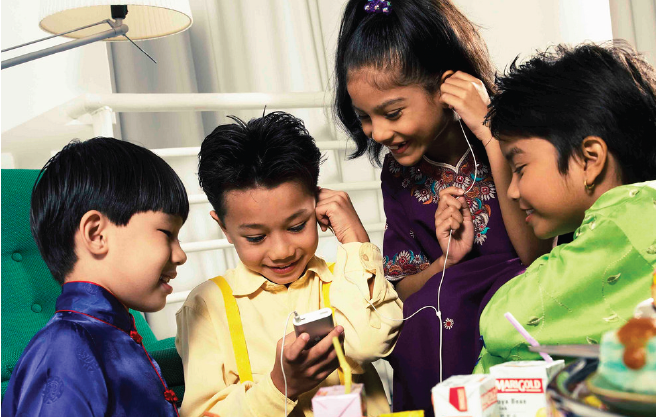 Take, for instance, Singapore’s much-praised public housing system. Under the Ethnic Integration Policy, introduced to require different races to live in the same neighbourhood, the government determines the percentage of people of different races living in a particular housing block in the name of racial integration.

Welfare groups, too, are set up according to race, such as the Chinese Development Assistance Council, the Mosque Building and Mendaki Fund, the Singapore Indian Development Association and the Eurasian Association. These groups raise funds from members of the racial group they represent, which are then supplemented by government grants, to be disbursed to the less-privileged members of the community.

“In this way, state policies make clear that the population’s access and rights are differentiated, rather than all citizens having the same opportunities to make claims based on a shared belonging to the nation,” NTU’s Laavanya wrote in her article “Rethinking Race: Beyond CMIO Categorisations”.

The CMIO model has also long obscured greater diversity in Singapore, reducing citizens to four monolithic groups while ignoring the heterogeneity that exists even within each individual category.

This over-simplification of ethnicity and identity was, in actual fact, a deliberate move by the British colonial administrators who—seeking convenience over accuracy—first introduced these categories. The first census carried out in 1871 included categories like “Klings”, “Bengalees”, “Bugis”, “Javanese and Boyanese” and “Arabs”, but by 1921 the bureaucrats had decided to categorise all native peoples of the Malayan archipelago as “Malay”. The census report stated that “considerable difficulty was experienced in coming to a decision as to which of these races should be tabulated separately and which amalgamated under the heading ‘Malay’.”

Today, the CMIO model continues to break down as the city grows ever more cosmopolitan, introducing new complications and difficulties for a state that persists in its desire to categorise its residents by race.

In 2011, the government introduced the option for inter-ethnic couples to double-barrel the race of their children, although policies such as the aforementioned Ethnic Integration Policy would only be implemented according to the first component (thus making it important for parents to consider if they wanted to, for instance, register their child as “Chinese-Indian” or “Indian-Chinese”).

Race and identity had always been a source of confusion for Nabilah Husna growing up. Born to an Indian father and Malay mother, Nabilah is categorised as Indian in official documents, but was raised within Malay-Muslim customs and traditions, and personally identifies as Malay.

“I have vivid memories being super confused with what I am, and I have gone through ‘phases’ where I strongly identify with one more than the other, or neither, whether or not that identity is influenced by whatever social group I happen to be with,” Nabilah told New Naratif.

This question of ethnic identity and belonging has long existed, not only in Singapore, but in much of the Malay world.

In one episode of The History of Singapore podcast, historian Nurfadzilah Yahaya said that the question of who could be considered Malay had already surfaced in the 1920s and 1930s, and could not be divorced from political considerations.

“Why is it that the Arabs, coming from so far away and fewer in number, were less problematically regarded as… Malay in Malaysia and also Singapore, than say, the Chinese, who also frequently intermarried with local populations in Indonesia and Malaysia, but were always regarded as foreign?” she pointed out.

“One thing that has been argued is that these Arabs… were Muslims, and so they were more naturally included within the Malay world, which is predominantly Muslim. But that being said, there are Chinese Muslims who have also not been welcomed into this category of Malay or bumiputra, and one might argue that… Chinese Muslim influence in Southeast Asia has been around for longer than Muslim influence from South Asia and Middle East.”

Today, the politicisation of race has become even more stark. Confusingly, an individual’s race stated on his or her official documents can be distinct from the race he or she is considered to represent in elections.

Under a system first introduced with the creation of Group Representation Constituencies in 1988—where candidates stand as teams in mega-constituencies in teams in a winner-takes-all contest—minority candidates are required to first self-identify as belonging to one of the four official racial groups. This identity is then evaluated by a government-appointed committee to determine whether that particular racial community “accepts” the individual as one of their own.

As such, the race listed on one’s identity card isn’t relevant when it comes to standing for elections: someone categorised as Malay in their official documents could still be rejected by the committee, while another person could be accepted despite being classified under another race in official documents. This was confirmed earlier this year by Member of Parliament Zainal bin Sapari, who wrote in a Facebook comment that “your race need not be stated as ‘Malay’ in your NRIC or birth cert to be considered as a Malay candidate.”

Far from making Singapore colour-blind, the limitations of the CMIO model has triggered concerns of hampering racial equality and representation in Singapore.

“The state must come to terms with the fact that classifying diversity in terms of four simple ‘racial groups’ is not sufficiently nuanced or representative, given the current migration from around the world and changing demographic realities within the population,” wrote Laavanya.

Moving away from, or even abolishing, the CMIO model will not automatically solve the issue of racism and racialisation in Singapore. It could, however, be a first step, allowing people to stop seeing themselves as hyphenated citizens—Chinese-Singaporean, Malay-Singaporean, Indian-Singaporean—but simply as Singaporeans.

If you enjoyed this article and would like to join our movement to create space for research, conversation, and action in Southeast Asia, please join New Naratif as a member—it’s just US$52/year (US$1/week)!