According to our Slack chat log, we spent nearly three months arguing over names before we settled on New Naratif. We had long agreed the general contours of the site: by, for, and about Southeast Asia; in depth writing about the region; multilingual; focusing on the important challenges that we collectively face. But coming up with a name was a challenge.

New Naratif fits. It’s distinctive. It’s easy to spell. It’s easy to say. It encapsulates what we do. We want to give people greater context to the conversations they’re are having. We do this by telling stories—narratives—about the world around us. We tell stories in innovative formats, designed to be informative, accessible, and entertaining. We will translate between different languages, creating understanding of different perspectives throughout Southeast Asia.

New Naratif draws all this together. We tell new stories in new ways. It’s half in English, the official language of ASEAN, and half in Bahasa Indonesia, by far the most common language of Southeast Asia.

It worried me for only one reason: it’s too easy to misspell. I wonder how many people are going to go looking for a website called New Narrative?

Then again, it worked better than other names we were considering. My original suggestion was Imagined Community, which reflects how Southeast Asian identities have been constructed. But we eventually dropped it as simultaneously too high-brow and too generic—if people Googled “imagined community”, would our site even appear in the first dozen results? Would we be confused with a Benedict Anderson tribute website?

Then we asked “what does all of Southeast Asia have in common?”

“Chilli & Spice,” said Kirsten, “But sounds like a food blog.”

A whole range of off-the-wall suggestions followed (The Durian, The Sarong, Authoritarianism, Fish Paste) before Sonny suggested the Dusky Leaf Monkey, which led us to a discussion of naming the site after an animal. Someone suggested the Palm Civet (Musang in Malay), which produces kopi luwak and is native to all Southeast Asian countries. I have an unabashed loved for the Malayan Sun Bear, so I also suggested The Sun Bear.

Side Note: Sun Bears are awesome. Seriously, check this out: 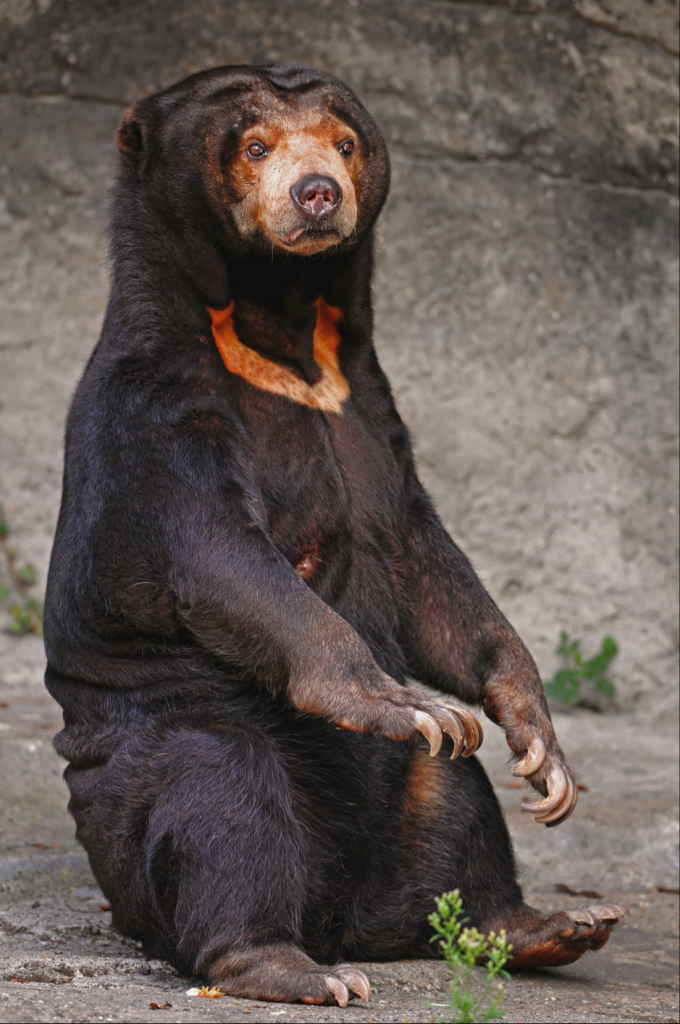 But animal names are too whimsical. They were fun, but they didn’t convey what we were trying to do.

So we moved on to our “witty” phase, where we tossed around names which had some sort of pun and clever allusion in it. Our favourites were The Post Colonial, The Colonial Post, or The Decolonised. We nearly went with The Post Colonial but eventually ditched it because linking ourselves to colonialism was a surefire way to raise all the wrong associations. Izy suggested NEWSantara, which we loved but had to drop because we do more than news, and cover more than the Malay world.

I’d like to throw in another name … The New Naratif. I’ve been thinking of what would not only identify what the site is all about, but also set us apart from all the other news sites that are focusing on Southeast Asian issues. Our site tells stories, whether in visual arts or in written form, and they are retelling these stories from a local perspective, thus a new narrative.

Since 1/3 of the ASEAN population speaks Bahasa Indonesia/Malay,
I think it’d be the closest non-English language that we can use to best represent Southeast Asia, hence why I propose spelling “narrative” in Bahasa Indonesia.

I also think it has a youngish, less scholarly-feel to it than a name that has the word Southeast Asia.

What do you guys think?

It took us a while longer to come around to it. We continued to argue over names for several weeks more, but found ourselves drifting back to it. We finally held a vote, and it won.

It’s grown on me. I’m fully invested. We’re New Naratif. Now we have a journalism/art/research website, a Twitter handle (@newnaratif), a Facebook page (facebook.com/newnaratif), an Instagram account (@newnaratif), a YouTube page (youtube.com/NewNaratif) and lots more planned. We’ve come a long way from when it was just Kirsten, Sonny, and I sitting around a table arguing names as our coffee got cold. I’m excited about our future. I hope you’ll join our movement.